november 28, 2013
Ending Poverty is a Political Choice!
EAPN releases its key messages to the 3rd Annual Convention of the European Platform against Poverty and Social Exclusion, calling on the EU and Member States to take concrete action to reach the agreed poverty target under Europe 2020, reviewed by a yearly Hearing with people experiencing poverty.

Brussels, 27 November 2013 – EAPN is one of the key stakeholders participating in the 3rdAnnual Convention of the European Platform against Poverty and Social Exclusion, one of the Flagship initiatives of the Europe 2020 strategy, taking place these 26-27 November 2013 in Brussels. On that occasion, EAPN recalls that the EU and Member States not only failed to reduce poverty despite their commitment to it, but on the contrary, contributed to the rise in poverty and inequalities through macroeconomic priorities and governance focused on austerity. For EAPN, this Annual Convention must get back to basics: Talk about the realities and the role of EU policies, discuss what policies are needed to ensure rapid progress to the target, and strive to put people experiencing poverty – their concerns and their solutions at the heart.
“This is the 3rd edition of the Annual Convention and still no progress has been made towards the Poverty Headline Target to reduce poverty by 20 million people by 2020. It is crucial to make people believe in the EU project and values. But how can people believe in the EU and in their governments when in fact poverty has increased and drastically, by 6 million since 2010? 120 million people live in or at risk of poverty and/or social exclusion, which is 1 in 4 people in the EU,” says Sérgio Aires, President of EAPN.
“For the sake of social cohesion and Democracy it is extremely urgent that the EU shows its citizens that the fight against poverty is a real priority. The EU and national governments must promote the citizens participation (particularly those living in or at risk of poverty) in the designing of the policies that affect their lives. This would be an important sign of commitment and a fundamental turn back. If not we will continue to follow the road to disaster,” he added.
For EAPN, the Annual Growth Survey released on 16 November by the European Commission was another disappointment and missed opportunity to refocus on Europe 2020 and its targets (particularly the poverty and other social targets) and to propose a coherent strategy to tackle rising poverty and restore EU credibility by refocusing on Europe 2020 and its targets, insisting on coherent integrated strategies, as called for in the EAPN Letter to President Barroso (Oct 4th). EAPN believes that if the EU and Member States are serious about reducing poverty and inequalities, that’s where they have to start. Ending poverty - or letting it increase - is a political choice.

EAPN is bringing 3 key messages to this 2013 Annual Convention: 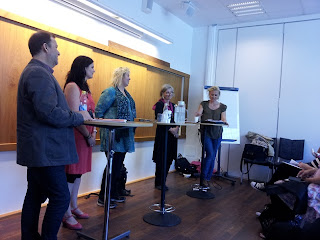 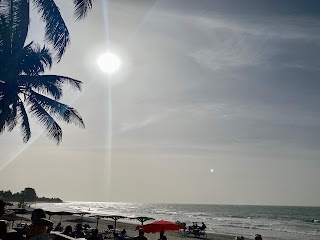